What beauty secrets has made Sandra Bullock appear youthful and energetic in Ocean’s 8?

Movie beginning Ocean’s 8 With Deborah Ocean in prison answering a few questions, you might roll your eyes at Sandra Bullock’s perfectly makeup face and charming wavy curls. Just like the male version released nearly two decades ago, the fashion element emerged as a “character” of the film alongside spectacular scams, the material satisfaction of lost people. . So to portray the splendor of the character, Sandra Bullock is cared for by beauticians every time she appears, regardless of the harsh reality of the prison. Ignoring the above ridiculous episode, women can learn some beauty tips from the stubborn thief who never denies her lavish aesthetic. 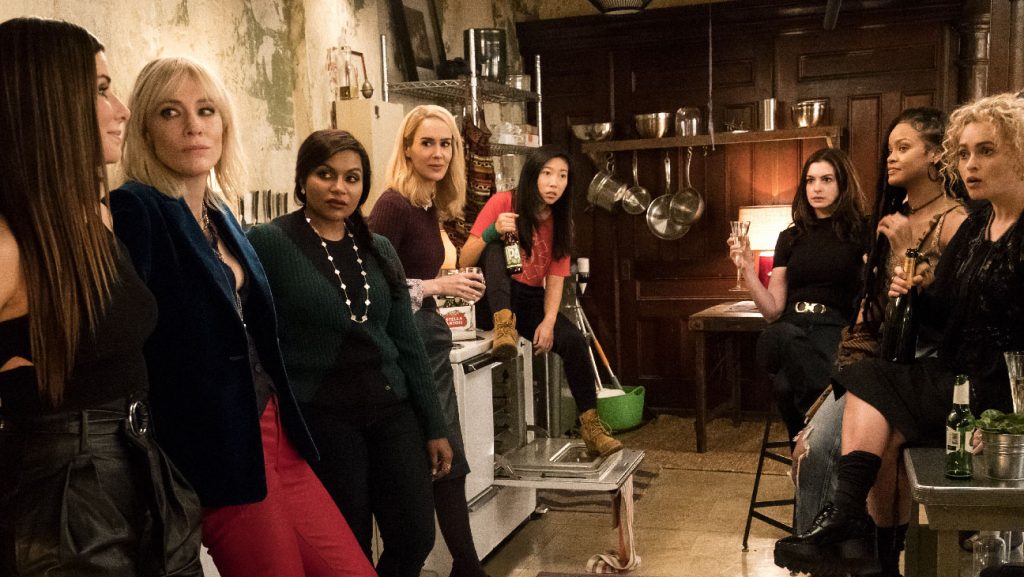 Those who are familiar with actress Sandra Bullock must not be strange with her unique makeup style. Pressing on the beautiful brown eyes with bold eyeliner and mascara, Sandy still looks natural and gentle with lipstick and eyeshadow in the same tone as her eyes. Each character of the robbery of the century has at least 3 caregivers before appearing in front of the camera – makeup artist, hairdresser and stylist. Lona Vigi, who previously collaborated with Sandra on the set of Miss FBI (Miss Congeniality), said: “Sandy’s natural hair is really beautiful! It’s also difficult to make her look ugly ”. Many people also questioned Vigi about Sandra’s styled hair. The truth is, her hair was not styled. Sandra has natural thick and curly hair.

Prepared to the Met Gala

A short and humorous movie when Debbie is wearing makeup to go to the party probably attracts the attention of girls who care about makeup. Debbie opened her lipstick, did not brush or hit her lips directly, but used her hand to apply lipstick on her lips. This technique is used by many makeup artists because the hand temperature will heat the lipstick, make the wax in the lipstick melt, giving a lighter color than you see on the bar. Using your hands is also much faster than using a brush, and brushing the lipstick with thin layers will help the color stay on the lips much longer. 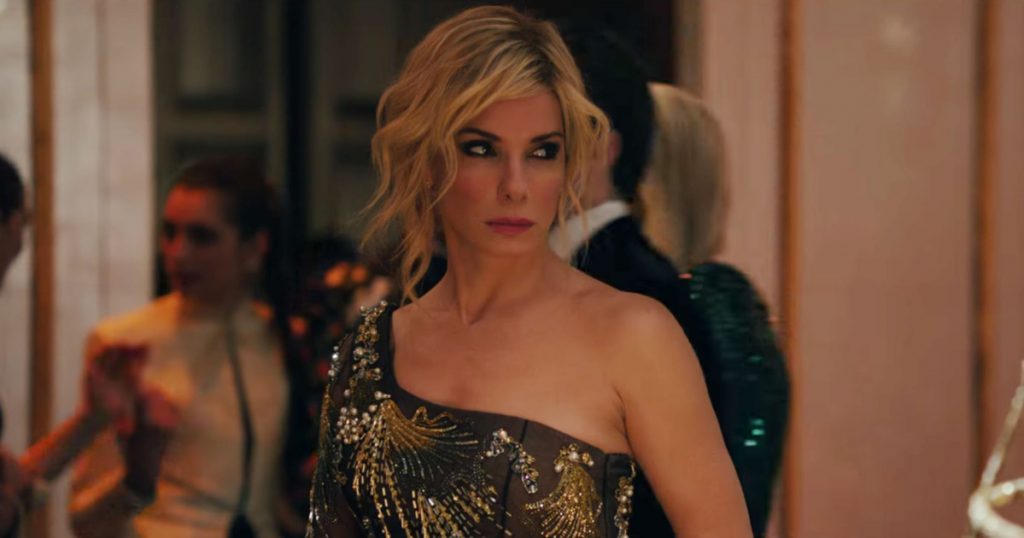 Next, she opened the tube of her mascara, didn’t immediately brush her eyes, but constantly brushed the mascara into her mouth. If you often put mascara on your eyes right before “removing” a product on a brush like Debbie, you should learn this beauty tip right away. The amount of mascara on the brush tip will cause the lashes to stick together or clump on the lashes. So, brushing in thin layers is the key to keeping eyelashes more fresh and natural. 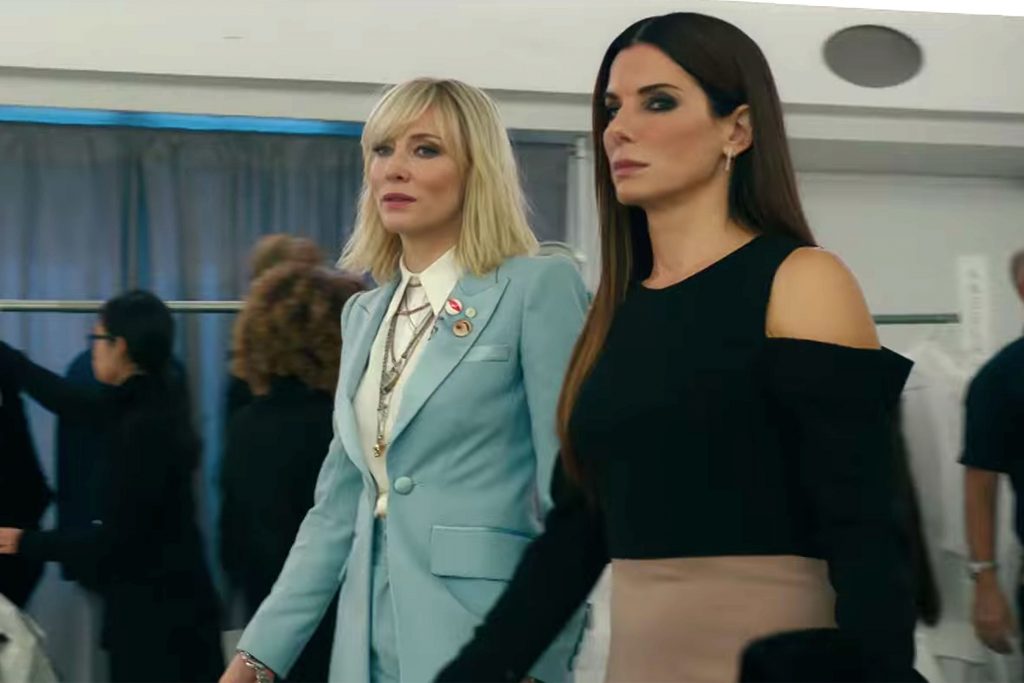 At the party, Debbie disguised herself with a blonde wig. Whether going to events or walking the streets, her character’s hair always captures her personality. Debbie Ocean is a realist, shrewd and assertive person. Every time hairstylist Vigi tries to put a pretty accessory on her hair, Sandra always refuses and says: “That’s not my character.” What beauty secrets has made Sandra Bullock appear youthful and energetic in Ocean’s 8?

Viewers are probably surprised to know that Sandy is over the age of 50. It is possible that thanks to her genetic genes, a cheerful nature, and a happy family life, she looks so young at this age. Besides, one of her beauty secrets is “penis facial” – a controversial revelation. This is a facial skin beauty treatment with the main ingredient extracted from male foreskin cells.

Whether or not you support Sandra’s beauty methods, choosing her hairstyle and makeup at the event over the years is worth learning. She knows what works for her and knows how to change it so she doesn’t get bored. At the 2012 Oscars ceremony, Sandra Bullock tied her ponytail high on top of her head with natural makeup that emphasized her facial features the most. 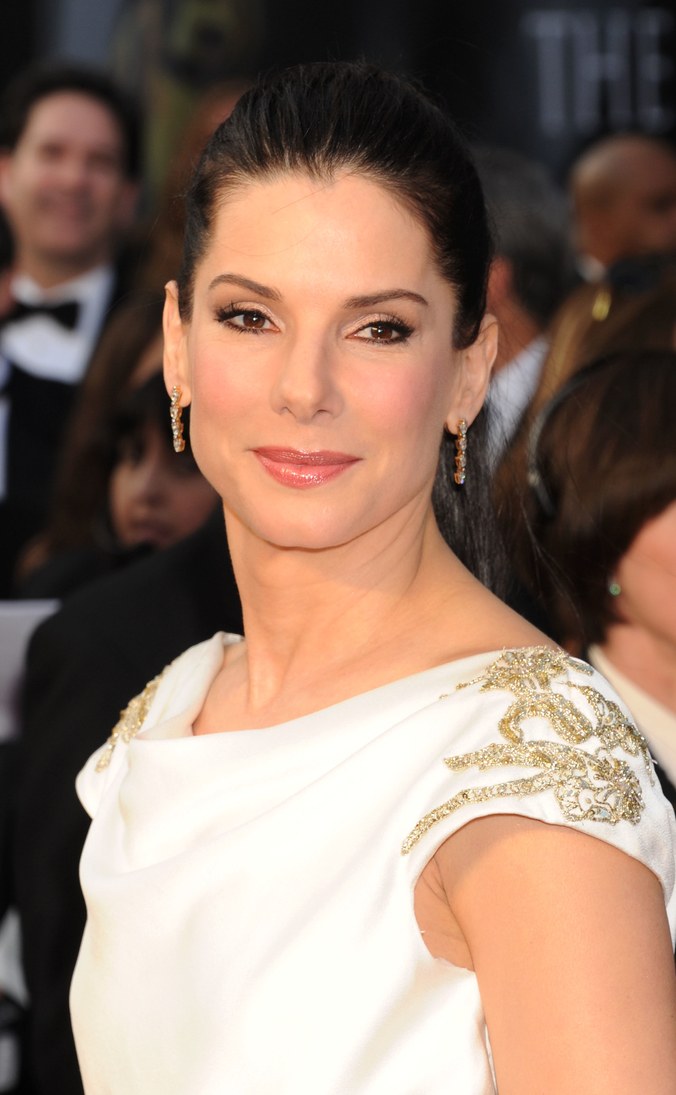 At the 2013 Hollywood Film Awards, she wore a slightly curly, messy hairstyle with a seductive red lipstick. 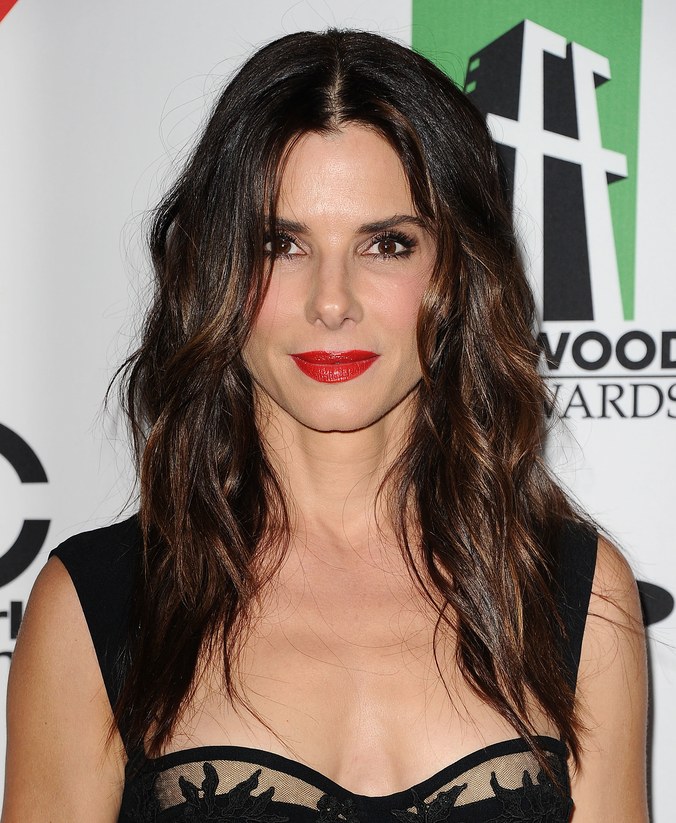 Sandra shows off her sparkling earrings with classic curls that hug her face, pulled aside, drawing blue eyeliner on the inner rim that highlights brown on her eyes is a beauty tip to help with lipstick color. pure nude doesn’t make your face look pale. 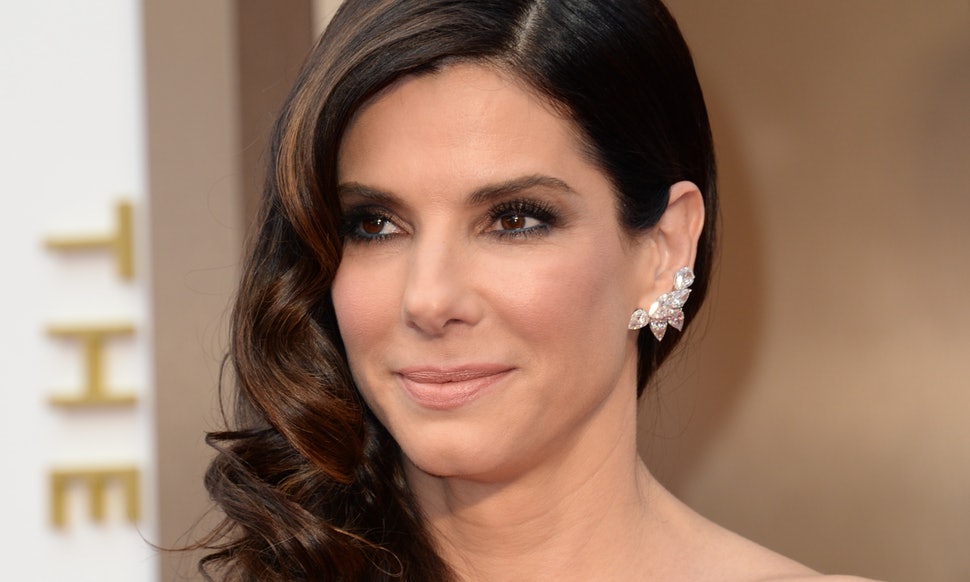 Tying her hair to one side with a skewed parting line, Bullock chose lipstick and purple-pink eyeshadow to match her shirt at the 2014 Golden Globe Awards. Ton-sur-ton with lovely Minions, she chose an elegant black dress with a golden ribbon at the front of her chest to attend the Despicable Me movie premiere in 2015. Once again, Sandy proves her star class. Her A is in peach lipstick color with delicate yellow undertone, making viewers admire her perfect appearance without knowing why. Minimalistic makeup can also be a lifestyle

Beautiful hairstyles that make up the brand of beauty Anne Hathaway