With the number of 12 million viewers at the time of its debut on ABC television, Victoria’s Secret Fashion Show is considered the largest and most spectacular lingerie show in the world. Around October and November each year, viewers eagerly expect which angels will be present, who is the owner of the prestigious fantasy bra set. However, 2018 witnessed the continued decline of the Victoria’s Secret brand in general and the show in particular.

Victoria’s Secret Fashion Show will no longer be televised 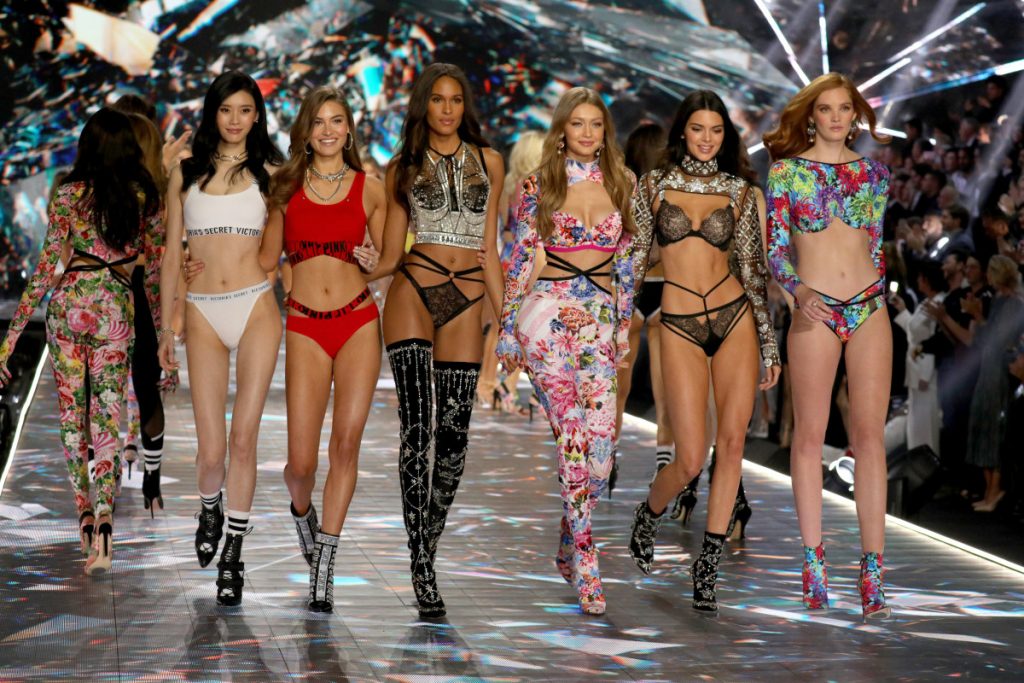 The decision came after criticism of models like Gigi Hadid, Kendall Jenner, Alessandra Ambrosio and Lily Aldridge walking on the catwalk in underwear that were too short of fabric and not applicable. Victoria’s Secret is also losing a lot of customers as more people are turning to bralette and more “softer” priced sports bras from companies like American Eagle Outfitter’s and Rihanna’s Savage x Fenty.

Edward Razek – Marketing Director of L Brands also sparked controversy last year when he said that the program is not for plus-size (oversized) and transgender models. Besides, the number of viewers who watched the show has also decreased a lot over the years. Last year, only 3.3 million people watched the show, compared with 9.7 million in 2013. And compared to the audience in 2001 – the first year the program aired on ABC, the number had dropped by more than two-thirds (12 million viewers at that time).

Rihanna officially launched her own brand under LVMH Group 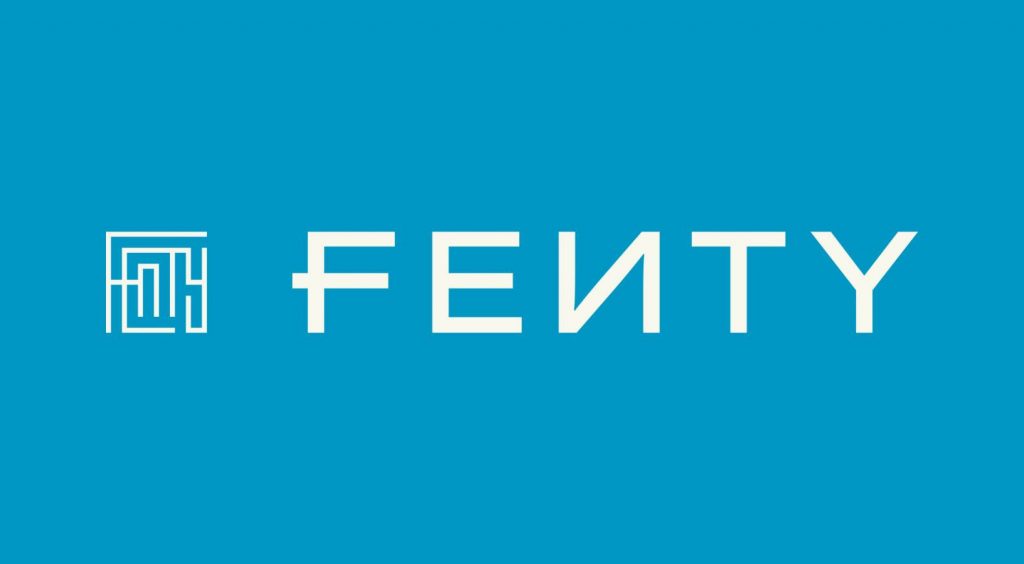 Just a few short years into the fashion and beauty business, Rihanna has been very successful with lingerie company Savage x Fenty and cosmetics line Fenty Beauty. And recently, LVMH and Rihanna confirmed that they will launch their own fashion brand Fenty by the Barbados female singer.

Fenty will be the first brand that LVMH has launched since Christian Lacroix in 1987. That means Rihanna is the first woman to create her own fashion brand at LVMH and also a black female designer. first of this cult group. 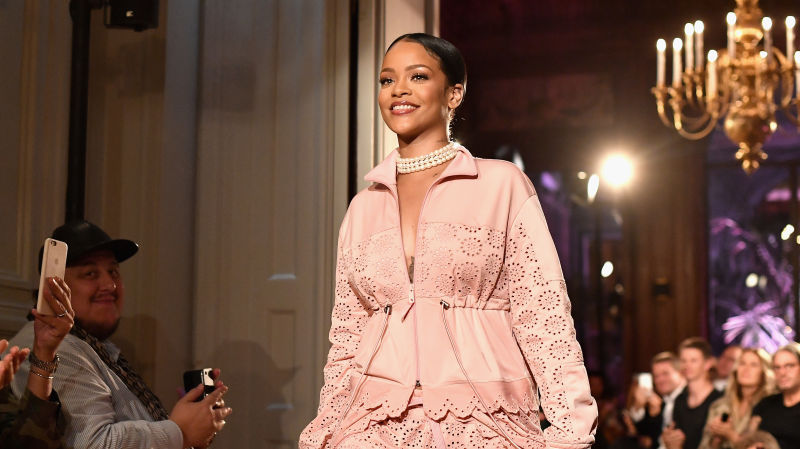 Bernard Arnault – President and CEO of LVMH shared: “Everyone knows Rihanna is a great singer. However, thanks to working with her through Fenty Beauty, I realize she is an entrepreneur, a true CEO and a talented leader. To support Rihanna’s building Fenty, we have created a multicultural team of talented people. I am very proud that LVMH leads this project and I hope it will be a great success ”. The brand’s first collection Fenty will be launched on May 22 in Paris. 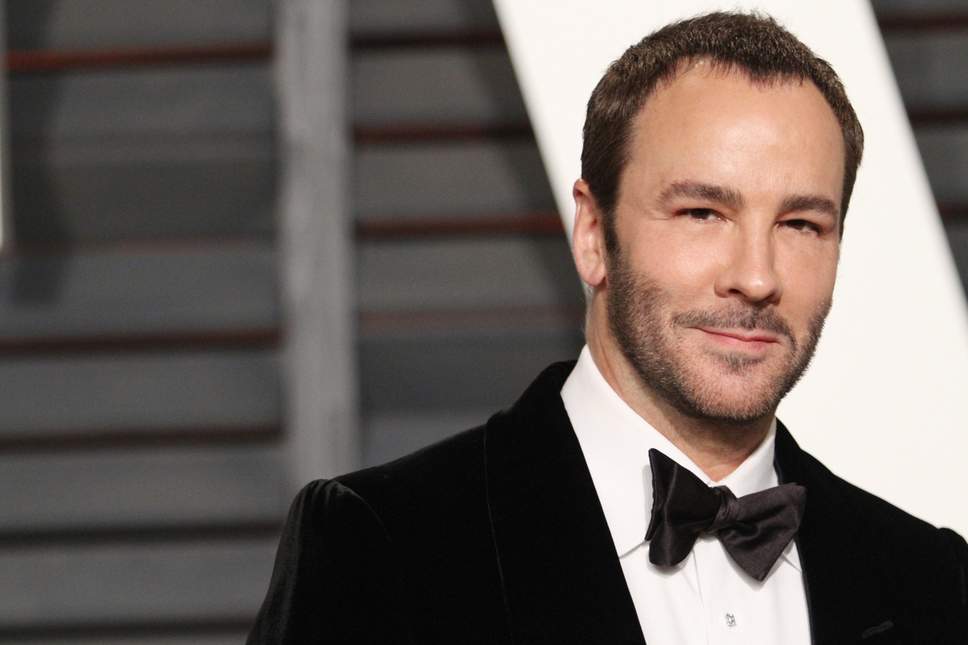 Tom Ford has been officially appointed Chairman of the Council of Fashion Designers of America (CFDA), starting his term in June 2019. (Photo: Matt Baron)

After taking office as president of CFDA, Tom Ford’s first move was to shorten the time of New York Fashion Week (NYFW) in the hope of drawing international buyers back. Over the years, many attendees have complained about the time and complex logistics of NYFW. The number of international visitors, including retail merchants and newspapers, has also decreased significantly. Therefore, Tom Ford wants to shorten the program time, focus on the most important events, in accordance with the budget of international visitors so that they can easily attend. Because according to the designer, the American fashion industry needs to build a global brand name and this must start right away in NYFW. 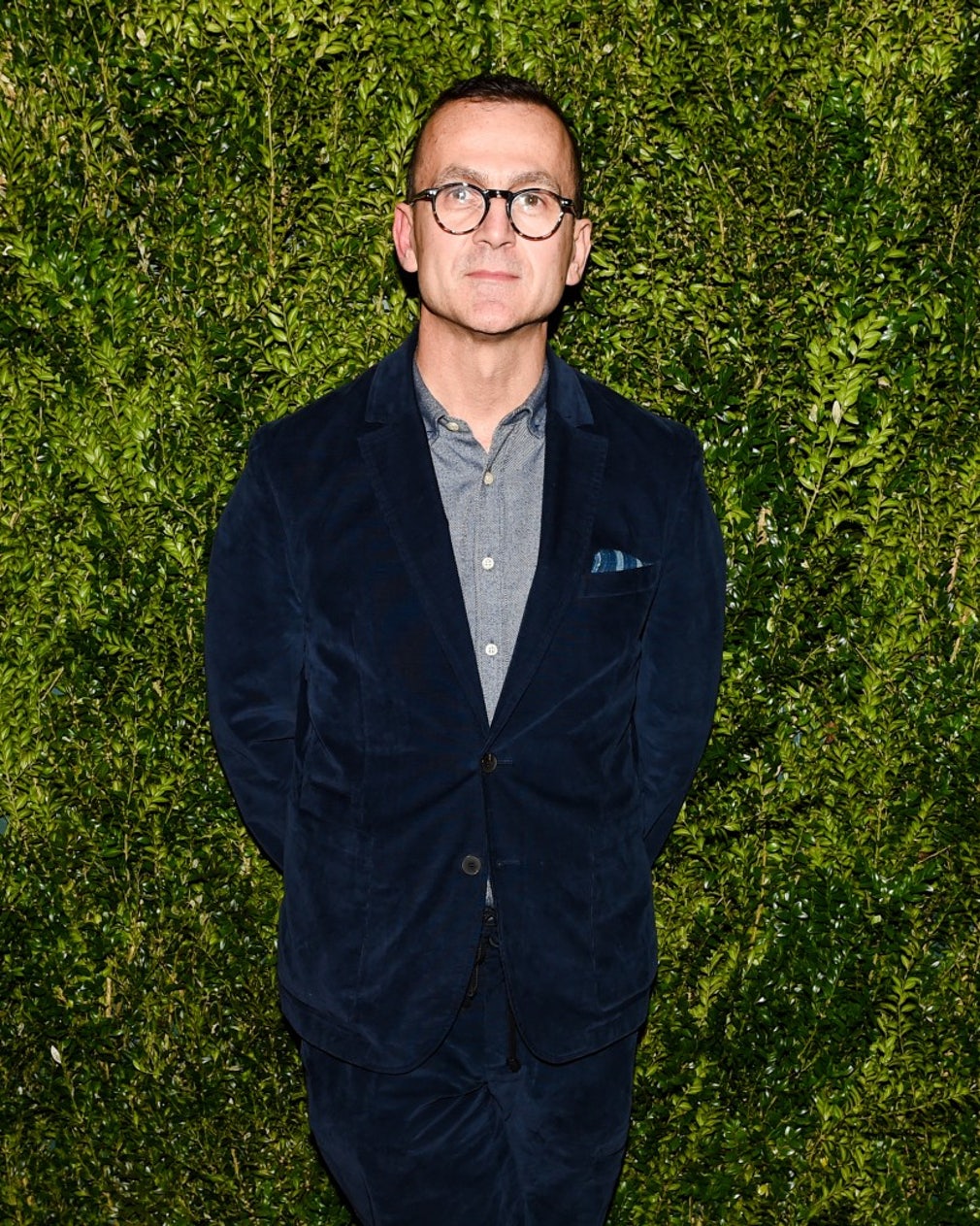 In Monday’s interview at CFDA headquarters, CEO Steven Kolb expressed his opinion on the move. He said that it will surely receive support from many people but at the same time will also make others unhappy. He also said that most CFDA members were unaware of the change until it was announced through the media.

Tom Ford and Steven Kolb said that this cut schedule will take effect Spring-Summer 2020. It will start on Friday night, September 6, and run until Wednesday, November 11. 9. “Five nights, five days. We will call it the 5-5 plan, ”said Kolb. 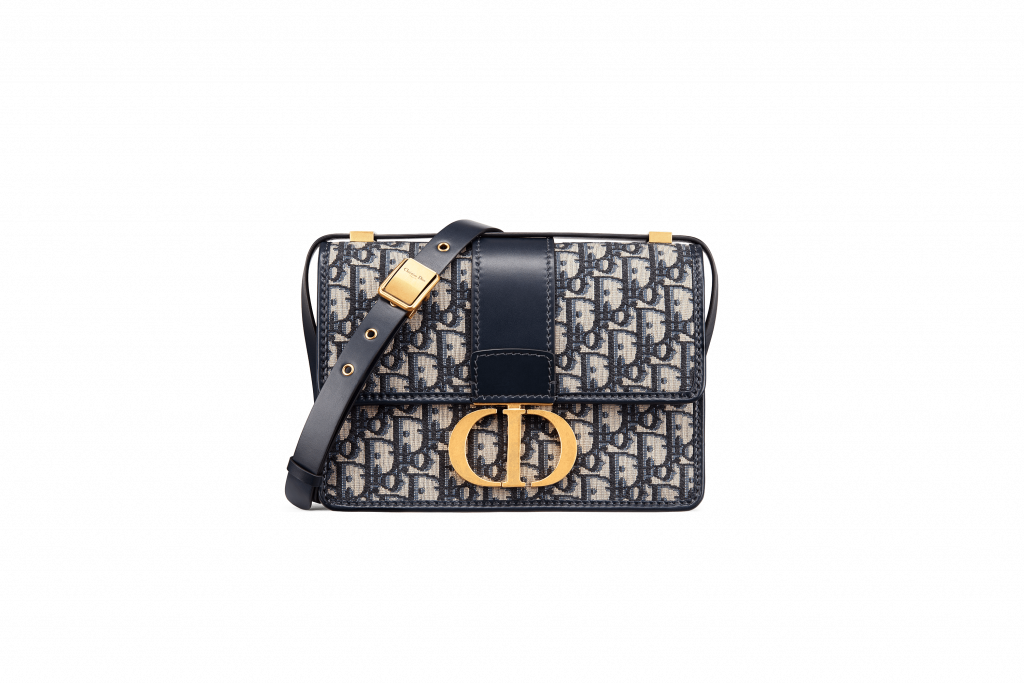 Dior has just launched the 30 Montaigne handbag line in the collection of the same name, named after the famous boutique of this fashion house in Paris. The design is part of a collection of items that make up the perfect mini wardrobe, with classic Dior designs presented by Creative Director Maria Grazia Chiuri. It is a bar jacket, serrated skirt leg, combined with contemporary designs with a classic style handbag and metal buckle. All of these have created a collection of bold quintessence of this French fashion house. 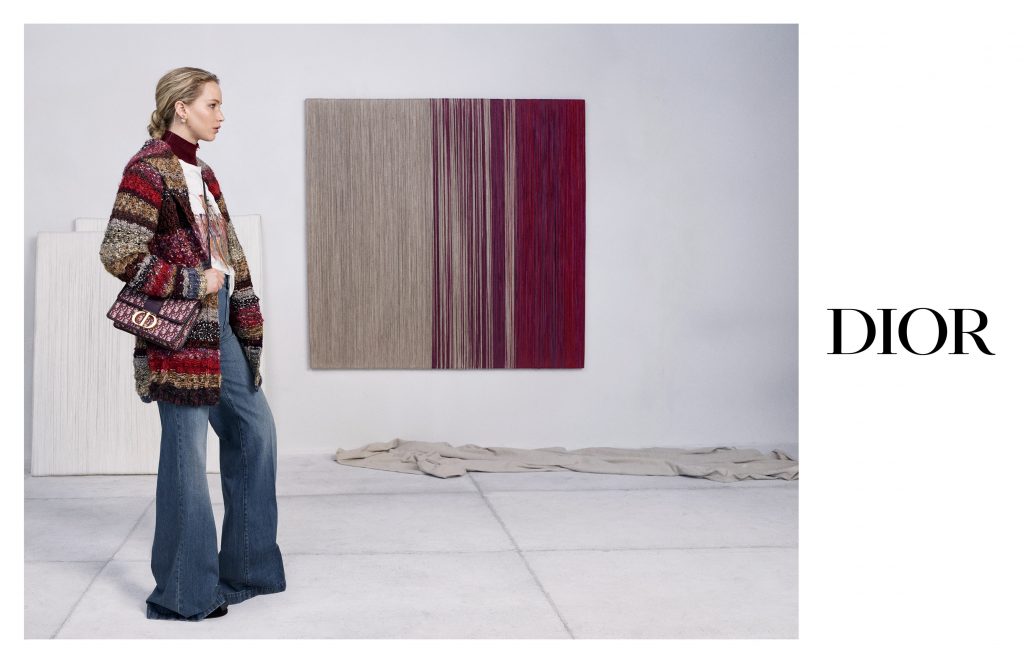 Gucci admitted to tax evasion, Kering paid a fine of more than $ 1 billion

One of the fashion news that is most interested by many people in recent years is the progress of the Gucci lawsuit. Page The Fashion Law Italian officials have opened a tax investigation of Kering Group, a French enterprise that owns Gucci at the end of 2017. And finally, this luxury fashion brand has to pay a fine of more than 1 billion USD. In addition, there are other additional fines pending approval.

The Italian Government Audit opened investigations at Gucci’s offices in 2017 after accusing the fashion brand of tax fraud of more than 1 billion euros. However, Gucci insists its profits are recorded through Kering’s subsidiary Swiss Luxury Goods International. Meanwhile, Italian officials firmly insist that the tax must be paid in Italy, not in Switzerland. 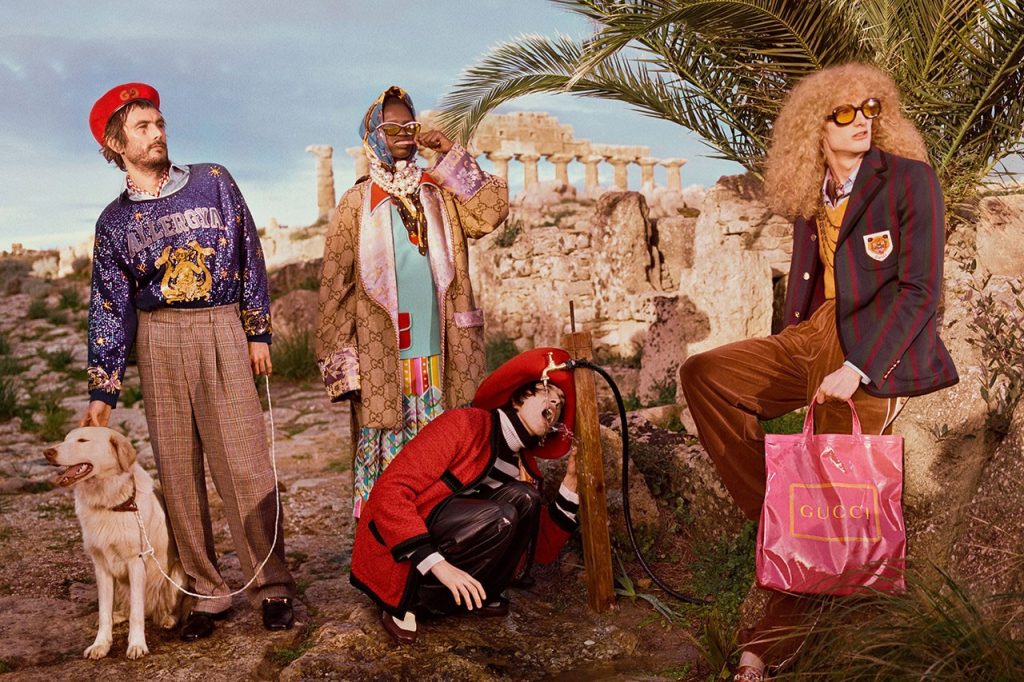 Media reported that 20 of Kering’s employees had been moved to Switzerland for work, a move believed to be part of a plan to pay lower taxes than in Italy. However, Kering claims that “some of them are actually still working in Italy”. In the end, though, Kering also agreed to reconcile with Italian officials to avoid “having to pay more money and receive more fines”.